The Growth of 5g and how everything will be connected

Most mobile handsets today support 4G, the fourth generation of mobile technology introduced in 2009 and enables connections significantly quicker than the previous generation. The fifth stage is closer than it may appear in a world where technology is developing exponentially. With 5G, everything will be connected in addition to connecting people. The main advantages and the growth of 5g will lead to the following main pointers, that are;

These benefits lead us to conclude that 5G will satisfy the incoming demand for new and improved applications and services that 4G cannot fulfill due to its technical limitations. It will also improve the quality of service, bringing faster and more effective devices to the end users. Due to the adoption of 5G, numerous new applications, such as telemedicine, autonomous driving, and smart factories, can succeed. There are many benefits to 5G, but there are also specific difficulties that should be overcome. One of the issues with 5G is that its frequency may interfere with weather forecasts, causing satellites to be less accurate and causing us to lose information. On the other hand, these frequencies allow 5G to carry more data and be much faster, competing with optical fiber.

Furthermore, as we discuss why 5G is the future, a study predicts that by 2025, 5G will account for 1.4 billion connections, or 15% of all links worldwide, with a remarkable increase that is currently the most developed in this area. In contrast, 4G will continue to play a significant role and will see an increase in usage from 43% of global connections in 2018 to almost 60% in 2025, indicating that 5G replacement for 4G is still a long way off and that the two technologies will need to coexist for a while.

The study also demonstrates the growth of the IoT market, which will triple to 25 billion by 2025 and generate $1.1 trillion in global revenue. In addition,5G will affect the global economy, which is expected to contribute $2.2 trillion over the next 15 years, much like how 4G initially led to similar growth. IoT Devices worldwide is set to reach billions by 2025 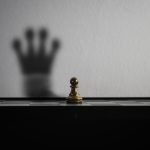 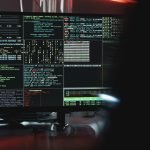 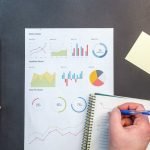